The work of Michael Rösing (born in 62) is characterised by a great love of technology and a marked sense of formal and functional perfection.

Even back in his school days Rösing tried his hand at many different enterprises. The passion for product design he then discovered soon transformed itself into a career aspiration. 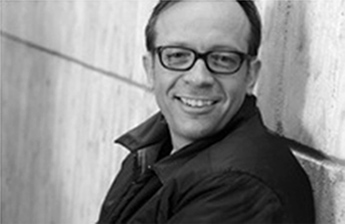 After an apprenticeship as a carpenter and joiner he followed his parents‘ advice and embarked upon the study of architecture.  However, in 1985, he was motivated by the freedom of creativity in design, to try his luck as a freelance product developer. He also became a member of the German Design Council.

Michael Rösing is a perfectionist. For him, leaving anything to chance is out of the question. Idea, development and implementation form an inseparable entity and a product idea is no good unless it can be realised in terms of production, technology and aesthetics. This applies both to his own designs and to those of other creatives; ideas that he only produces as a publisher after exhaustive tests.

When, in the mid-1990s, demand suddenly outstripped his production capacities, the time had come for larger company premises. Rösing built true to his motto: good architecture can be realised using simple means. A very presentable company headquarters was built on the basis of standard parts for a simple industrial warehouse. In 1998 the entire workforce moved into the new building which allowed development, production, warehousing, dispatch and administration to cooperate in a pleasant atmosphere under one roof.

Once the spatial prerequisites for the company‘s future had been put in place, the company and the portfolio of products grew. 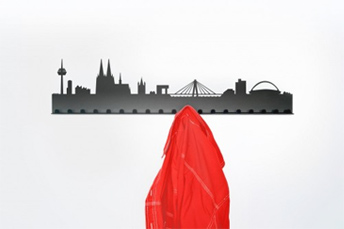 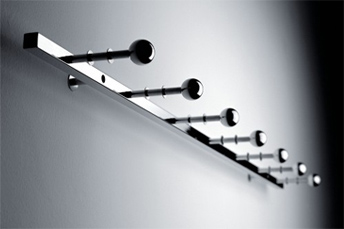 Today, Michael Rösing is once again concentrating primarily on designing and producing all kinds of products connected with a more beautiful living environment. His occasional furniture and outdoor products are produced and marketed under the label of RADIUS DESIGN.

The thing that continues to drive Rösing and keeps him looking confidently forward is his passion for a sophisticated culture of the everyday. He trusts his instincts and the fact that consumers have learnt from their experiences with cheap goods.

RADIUS DESIGN products are distinguished by the high quality of their workmanship, their functionality and design and yet, in terms of price, are located outside the confines of the luxury class. They quickly redeem themselves through the satisfaction experienced by their owners.

In private, Michael Rösing is an old-timer enthusiast. For his own production, too, he is looking for “not only functionality but also a great deal of spirit“.

“Design classics evolve – the quality of the products convinces.“

“The concept functions from the word go.“

“On behalf of all the residents of Sugarwood Grove Garden Villas, I am writing to thank you for providing the fire that contributed so much to the Christmassy ambience of our recent Christmas in July celebrations. It really set the scene as we entered the Community Centre and saw it glowing on the deck. Thank you from us all.”

“By far the best result of my dealings with Ambience Eco Fires has been the eco fire itself. German made, with absolute precision and beauty, it has established itself to be everything I had originally hoped for and “pictured”. Wanting the “portability” of a fire box, the “luxury & beauty” that can be afforded by a piece of art and seeking the acute ability to set a “mood” that only a dancing flame can procure, our “uni flame” eco fire has proved to be the perfect solution. “